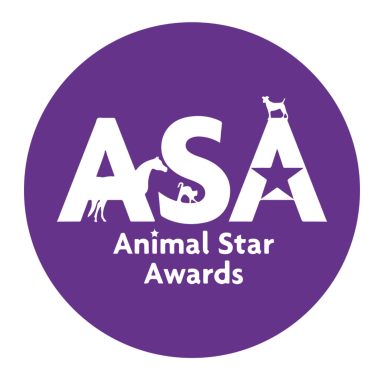 In the Terms & Conditions of Award Entry, the following definitions apply:

By entering The Animal Star Awards 2023, all award and category entrants have agreed to allow the details of their entry to be shared with the judges and representatives of ASA including our sponsors.. All entrants will be deemed to have consented to the transfer and sharing of their personal, company and project data and information for the purpose of administration and judging of the awards and any other purposes to which the entrant has consented.

By submitting a registration for this event, the participant acknowledges and gives consent on behalf of all person’s mentioned on this registration form to have their details entered onto a ASA database. The participant also acknowledges and gives consent for ASA  to contact the registered delegate via email and/ or telephone for this and future ASA events and services that are relevant to them.

Your details will be entered into the Animal Star Events Ltd database to help us process your entry more efficiently and to keep you informed of information in relation to this event as well as upcoming events and services. Should you not wish to opt out of receiving information related to additional events and services supplied by ASA please write to animalstarevents@gmail.com

Animal Star Events will never sell or give your information to third parties. As an attendee of a ASA event, you have the option to authorise an individual onsite, to scan your badge. In the event that your badge is scanned, you are giving permission for this company to obtain your full details (as supplied at registration) for future contact. For the full information on how we use your data, please review our Privacy Policy.

As with all our events, ASA takes the security of its speakers, sponsors and attendees extremely seriously. Under no circumstances will any person be allowed access to the event without the following:

Event Ticket(s) – Approximately 4 weeks prior to the event, you will receive your event ticket(s) via email or post. You are required to bring your ticket with you on the evening before entry to the event is granted.

Photo Identification – All attending speakers, sponsors and attendees will be required to produce photographic identification at the point of registration before entry to the event is granted. Accepted identification is a valid Driver’s Licence or Passport only.

Please Note – We will not record, photocopy or scan your identification, this request is made for your security and will be used to match your identity to your registration only.

Should you experience any problems in receiving or printing your invitation, please contact ASA on 07561 619826.

BROUGHT TO YOU BY

Powered By A Love Of Animals